The other day, I was contacted by an eBook author with a new gambling eBook on Amazon, made for Kindle Users, he asked if I’d like to review it. Alan Samonte’s newest book on gambling; “The Gambling System That Works,” does sound interesting, and I think he’s touching on a real uptrend here. It is as if just recently we’ve seen a bit of growth in the number of gamblers out there in recent months.

Interestingly enough, I’ve done a bit of writing on the topic of gambling. You see, after traveling across the US, I have visited all the major gambling areas, and some small ones out of the way too, mostly on Indian Reservations or near state lines, rivers, or other areas in the gray area of law, allowing for such.

Indeed, I’ve seen mesmerized senior citizens at slot machines, brought in by the busload, Asian tourists, and high-rollers. I’ve also visited the outskirts of Las Vegas where the “Shanty Towns” are similar to the depictions in the movie “Pay it Forward” and I’ve met gambling addicts, as well as those who love to have some fun in moderation, so my experiences and observations indeed run the gambit. Still, it seems that things are on the rise in the gambling world, why I can only guess.

My conclusion is that the economy and prospects for the future are causing some of this. Of course, the rest is just good casino marketing, branding, and all the special offers, players clubs, and incentives. For those who just like to have a little fun and don’t blow it or gamble beyond their means it is a great way to entertain.asianbookie For others, well, there are some sad stories out there of course, but being as we do live in a free country, we must also understand choice.

Recently in Japan Today newspaper there was a story about how Japan is wants to open up gambling in the country stating that the government needs the money and could tax the revenues, rather than losing out as Japanese travel to Macau, Singapore, and Las Vegas.

There have been reports that the US Congress may yield to pressure to make online gambling in the US legal, as they clean up the current illegal online gaming sector first. For instance the WSJ had an article “Gambling Site Bodog Shut Down Amid Ongoing Crackdown,” and “US Shuts Sports-Betting Site, Indicts the Founder of Bodog,” published on February 28, 2012.

There was a cool article in the Atlanta Business Journal on Leap Day 2012 entitled; “Developer proposes $1 billion gambling complex,” written by Carla Caldwell, which stated that a GA Developer “wants to build a hotel, theater and a game floor with 7,500 video lottery machines, which could generate $350 million yearly to the state’s struggling HOPE Scholarship program. Even though state lawmakers are searching for ways to help HOPE, gambling proposals don’t typically gain widespread support.”

There was another segment on CBS News on March 1, 2012 entitled; “Florida House votes to ban so-called Internet cafes,” which discussed how folks were going online at Internet Coffee shops and betting online, which is against FL and US Law for people to do that, while the Café stated that they don’t tell people what they can and cannot do online, even though the place is set-up for gambling online in this way. The segment stated that FL legislators voted to close 1,000 of these types of ‘storefront operations and one legislator dramatically stated;

“These are truly the crack cocaine of gambling,” and the segment went onto say; Internet cafes sell customers either phone cards or Internet time. But they also offer customers a chance to redeem electronic sweepstakes on computers that use software that mimics casino-styled games.”

Okay so, what is it about gambling that so intrigues humans? Turns out there is a very real psychological reason for human gambling, and I bet that will increase as the human minds in our society continue down the path of instant information, entertainment, and the need to be globally connected in real time, and having continuous mental stimulation – something that gambling does definitely provide with all its excitement, fear, and fun.

Online sports betting: what they are and how to do it [full guide] 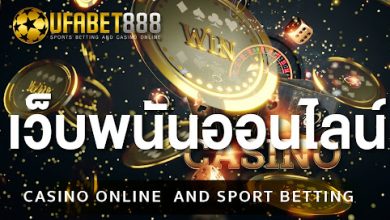 Thorough Explanation of the Baccarat Counting Mechanism for Winning